Navigation:Home»Industry»Aerospace»Aerospace Industry is one of the best investors in Additive Manufacturing

Aerospace has totally embraced Additive Manufacturing. The industry seeks parts that are lighter without sacrificing strength, and 3D printing meets that challenge.

The airline industry, as well as the space industry, have been the force behind the evolution of this technology, both manufacturing end-use parts and for prototyping. Aerospace depends on 3D printing to alleviate supply chain constraints, limit warehouse space, and reduce wasted materials from traditional manufacturing processes. The ability to rapidly produce parts on demand has brought unexpected efficiency to the industry.

Here are some examples of how aerospace has utilized Additive Manufacturing: 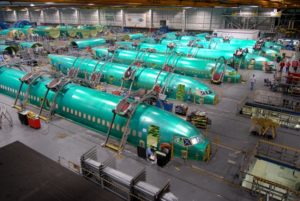 Engineers at Aurora Flight Sciences and Stratasys partnered to develop a 3D-printed, remotely piloted, jet-powered aircraft. Featuring a 9.5-ft wingspan and an airframe weight of only 14 lbs, the aircraft achieves speeds of 150 mph and boasts the distinction of having 26 of its 34 total components produced via Additive Manufacturing. (Source: Stratasys) 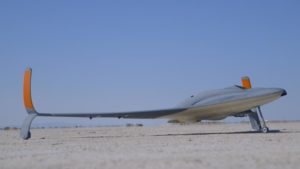 Rocket Lab has garnered a great deal of buzz in recent years, thanks to its battery-powered Rutherford rocket engine as well as its ability to print an entire engine in just 24 hours. The company touts the Rutherford as the first oxygen/kerosene engine with all 3D-printed primary components, including the combustion chamber, injectors, pumps, and main propellant valves. (Source: Rocket Lab) 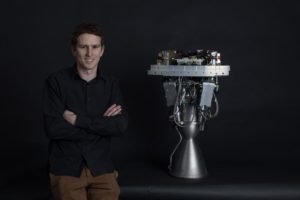 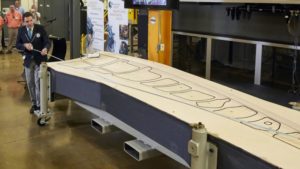 Lockheed Martin is using a 3-D printed titanium dome for satellite fuel tanks. for a 3D-printed part, they are exceptionally large. The 46-inch- (1.16-meter-) diameter vessel finished its final rounds of quality testing in 2018, after many years of development. The huge, high-pressure tanks carry fuel on board satellites. The titanium tank has three parts welded together. There are two 3-D printed domes that serve as caps, plus there’s a variable-length, traditionally-manufactured titanium cylinder that forms the body. (Lockheed Martin) 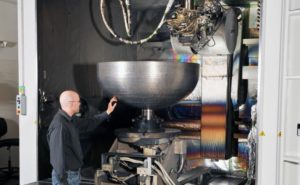 SpaceX has spent considerable energy fine-tuning the use of Additive Manufacturing to produce SuperDraco engine chambers—critical components in the Dragon Version 2 spacecraft’s novel launch escape system. Compared with conventional manufacturing methods, the ability to print the chamber resulted in such benefits as reduced lead times, lower costs and optimal material properties achieved through the use of the high-performance superalloy Inconel. (Source: SpaceX) 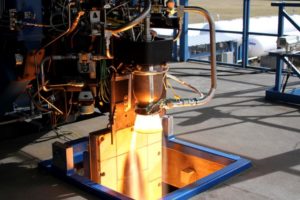 For proof of Additive Manufacturing’s impact on aerospace, look no further than the Airbus A350 XWB aircraft, which is outfitted with more than 1,000 3D-printed parts. Replacing conventionally manufactured parts, the components are printed on Stratasys FDM production systems using ULTEM 9085 resin and enable lightweighting while reducing production time and costs. (Source: Airbus)

Trumpeted by GE Aviation as the world’s largest jet engine, the much-hyped GEX9 commercial aircraft engine for the next-gen, wide-body Boeing 777X is benefitting greatly from the use of 3D printing. In addition to incorporating 3D-printed fuel nozzles, the fuel-efficient engine features turbine blades printed from the lightweight, heat-resistant titanium aluminide powder (TiAl)—a material that was historically challenging to work with until 3D printing came along. (Source: GE Aviation)