A United States appeals court has rejected a 2018 lawsuit intended to make it legal to publish the plans for 3D printing your own gun online. Filed January 21 and reported earlier Wednesday by Austin American-Statesman, the case saw Second Amendment advocates push to publish their plans on how to additive manufacture a firearm called the Liberator, according to the lawsuit.

AM Guns: what you should know about the theme 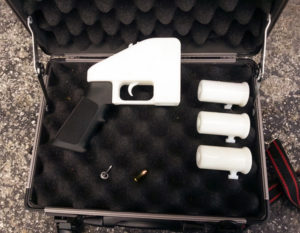 20 US states and the District of Columbia stepped in, filing their own lawsuit to block the distribution of 3D-printed gun designs online. A Washington district court issued a restraining order and injunction against the State Department. But after voluntarily dismissing its own suit, the company was prevented from reopening it. The US Court of Appeals Fifth Circuit this week found there’s still no cause to reopen the case. (Read more about AM Guns – constraints and legacy)

Cody Wilson, who is again serving as director of Defense Distributed — he left the company in 2018 after being charged with sexual assault and was eventually sentenced to seven years probation after pleading guilty to injury to a child – denied the decision was a setback.

It was a big surprise when these 21 states came out of the blue and sued us in Seattle,(…), This appeal was our attempt to open the case back up, but we agree with the court’s interpretation.”

-Cody Wilson, in an interview to CNET

The director of Defense Distributed has about four or five other federal lawsuits on the go, including the continuing case against those states, in which he noted the company is now a co-defendant alongside the State Department. New York Attorney General Letitia James announced late Thursday that she’s suing the Trump Administration over allowing 3D-printed gun schematics to be published online.

She also tweeted “These files allow anyone to simply go online and download files to print and assemble guns, including assault rifles,”(…), “These ‘ghost guns’ are unregistered, untraceable, often undetectable and risk the lives of every American.”