Navigation:Home»Industry»Army announces new push to get 3D Printing to troops in the field

The secretary of the Army announced an advanced manufacturing policy this week regarding the use of technologies like robotics, artificial intelligence, composite materials, and additive manufacturing. The new policy changes everything, the way soldiers fix equipment in the field, to weapon systems weight.

As opposed to an armor brigade combat team requesting replacement parts from a warehouse 1,000 miles away, troops could eventually have a 3D-printer churning them out inside the Conex box of a sustainment brigade, putting an Abrams tank back into the fight faster and cheaper.

Ryan D. McCarthy (Army Secretary) said in an interview to Army Times Magazine that the initiative he signed will put strategic guidance out to the service and industry partners to indicate that Army leaders will be putting the resources, people and funding into advanced manufacturing technology in future funding plans.

We’re already doing it in 2021, but we needed to get more aggressive so we could have a comprehensive approach,…”

The Army has had some success in looking at advanced manufacturing concepts like Rock Island Arsenal, Illinois, where a Center of Excellence for Advanced and 3D Printing finished in May.

If the private industry and the Air Force can put 3D-printed parts into their aircraft, why can’t we put that on a ground combat vehicle?”, Ryan McCarthy 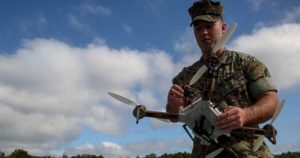 Dr. Alexis L. Ross, a deputy assistant Army secretary for strategy and acquisition reform said: “Additive manufacturing, composite materials and machine learning have already brought a new industrial revolution to private industry“. The technology is also available in the civilian world. A Boeing 737 flying commercially can have parts throughout the airframe that is 3D printed.

What changes for the combat team?

1- It’s expected to reduce the cost of equipment and parts as argued McCarthy: “If you can produce them much faster, and have them on hand, you can reduce costs because you can be lighter.”

2- The technology could significantly enhance the Army’s logistics train, helping its forces fight further away from the U.S. industrial base.

McCarthy added, “If you had an expeditionary capability, for example, to print parts, you’d be able to extend the range of a brigade combat team, (…), Their ability to replace parts quickly, doing it within hours, as supposed to weeks (…)There’s an immediate return where you can put it to tactical formations.” 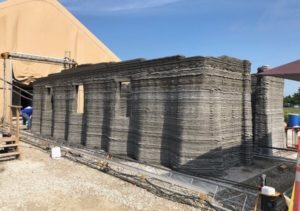 The effort could also help increase operational rates for legacy equipment by shortening the supply chain back to the manufacturer, which may or may not have the right spare parts immediately available.

“A key principle in manufacturing weapons systems is how do you find ways to reduce the weight of the weapon system so it is faster and it can carry more weapons or avionics payloads, because you reduced the weight of parts.”, Ryan McCarthy

The main issue is to track the United States’ peer adversaries, namely China, according to Ross.

China has been investing significantly (…) They’re predicted to be the largest user of robotics in production by the year 2025. They just bought 400,000 3D-printers and they’re putting them in every elementary school in the next two years.”

Dr. Ross finished the interview arguing that if United States “don’t start taking action, we will fall behind and we need to catch up.”

Kyle Rempfer, YOUR ARMY Army announces new push to get 3D printing, advanced manufacturing to troops in the field www.armytimes.com/news/your-army/2019/10/04/army-announces-new-push-to-get-3d-printing-advanced-manufacturing-to-troops-in-the-field/ published on Oct5 2019, published and re-edited by Phil Brito on Oct7 2019;