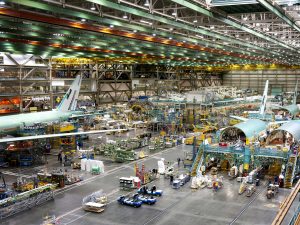 Dassault Systèmes, a French 3D software company, has announced the signing of an extensive new contract with aerospace company Boeing.
The agreement is primarily concerned with Dassault Systèmes’ 3D software platform “3DEXPERIENCE” and is hoped to provide a digital edge over competitors Airbus.

With this 3D software, Boeing will “rely on Winning Program, Co-Design to Target, Ready for Rate, Build to Operate and License to Fly industry solution experiences for aerospace and defense” to improve operations across the company.

The North American aerospace company has certainly been keen to implement digital manufacturing processes and revealed recently that 3D printing has now become a standard for its satellite production processes. 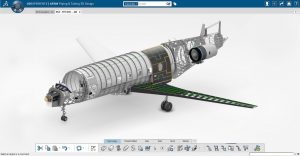 Boeing has also been at the forefront of implementing 3D printing in its aircraft through a partnership with Norsk Titanium, so the company is well known for huge investments in the Aerospace AM industry. The company will also incorporate the software platform in its activities across the globe. The company’s main production factories are in the United States where Dassault Systèmes recently expanded its 3DEXPERIENCE lab.

“This digital enabler provides global design and manufacturing capabilities that will fuel our second century. The value of this extended strategic partnership is a mutual desire to transform how Boeing connects, protects, explores and inspires the world.” – Ted Colbert, CIO and SVP of Information Technology & Data Analytics at Boeing

Sources
This content was originally published at:
Le Figaro
3DPI