The Canadian company Casca, based in Vancouver, has just launched its first retail outlet in the Canadian city. It offers tailor-made 3D-printed insoles using a 3D model of your foot – that model in turn is produced via an Android or iOS app that scans your foot and maps some 20,000 data points. The insoles are fashioned from 100% recyclable and non-toxic (thermoplastic polyurethane-based) materials.

The Casca shoes are designed for better support and according to the firm the FootB3D 3D-printed insoles “should support most foot shapes”. The company also recommends to not use them with your existing footwear, as they aren’t likely to fit well and may constrict your feet. 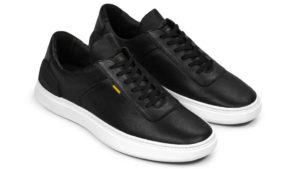 To print a fit shoe

It’s just the insoles which are 3D-printed (still), and Casca told in an interview it’s in an ‘hybrid phase’ where legacy shoe manufacturing is mixed with additive manfacturing. The company’s objective at the moment is to scale up its retail outlets and have multiple shops equipped with 3D printers that can create both your insoles and shoes on the spot.

I think to be doing full shoes at that scale, there’s going to be a lot of challenges. But we do believe that within ten years we’ll be able to get to the point where you can see your entire shoe getting made in front of your eyes.”

Casca says it takes four hours to print a pair of custom insoles but it’s working hard to improve the process and make it quicker. The price for a pair of insoles is $80 and the Casca shoes start at $178 for a pair of sneakers with a breathable knit.

Darren Allan Tech Radar 3D-printed shoes are coming – for a perfect fit every time https://www.techradar.com/news/3d-printed-shoes-are-coming-for-a-perfect-fit-every-time, published on Nov28 2019, published and re-edited by João Andrade on Nov30 2019;