TCT Asia was originally scheduled to take place in Shanghai in February (19-21). The TCT Asia team at VNU Rapid News Ltd has been monitoring the developing pneumonia epidemic which has caused a wider outbreak in China with already more than 6,000 cases, about the same as the entire duration of the SARS outbreak (however, the virus’ current mortality rates of around 5% are lower than recent similar outbreaks including SARS). After studying and evaluating the announcements, guidance and news released by relevant national departments and in order to protect the health and safety of exhibitors and visitors TCT Asia 2020, the show has thus been postponed to a later date. 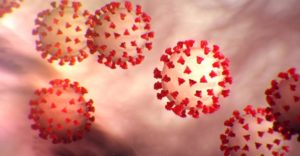 The SIAF Guangzhou and Asiamold shows have also been postponed following the notice by the Guangdong Province Department of Commerce on January 24th to suspend all large-scale events due to the Coronavirus outbreak. The organizers of SIAF and concurrent Asiamold fairs have announced that this year will be postponed until further notice. The fairs were originally scheduled to be held from 26 – 28 February at the China Import and Export Fair Complex, Guangzhou. New dates for the fairs will be announced in due course.

“The wellbeing of all our stakeholders is paramount, so following the announcement by the Guangdong government to strengthen the epidemic prevention efforts by suspending all large-scale trade and economic events, we immediately began taking steps to postpone these two fairs to a later date,(…), We are in communication with the relevant government authorities and venue owners about rescheduling the fairs later this year, but due to the evolving situation in the country, it is too early to provide any details on this.” 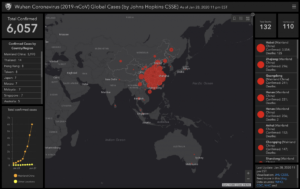 The automotive industry is also being affected

As reported by the Wall Street Journal, Analysts are now concerned that the global economy and in particular the Chinese automotive market could be significantly disrupted by it. This prompted major auto companies with operations there to restrict travel and ask employees to stay home. At least one German auto supplier confirmed Tuesday that four employees had been infected. Toyota just announced it has suspended production.

The Wall Street Journal goes on to explains that the Chinese auto industry has grown from virtually nothing 30 years ago to become the world’s largest market for new vehicles, surpassing the U.S. in 2009.

Wuhan, Hubei’s capital and the believed source of the outbreak, has in that period emerged as an auto-making hub, home to state-owned Chinese car manufacturer Dongfeng Motor Corp. and numerous assembly plants building cars for Honda Motor Co.