New AI technology system can convert 2D images into 3D models and has the potential to revolutionize 3D applications on the robotics, aerospace and transportation sectors.

The technology utilizes machine learning to analyze 2D shapes and convert them into projected three-dimensional forms. The research was led by Purdue University’s Donald W. Feddersen Professor of Mechanical Engineering, Karthik Ramani who explains that the technology becomes more refined over time as the AI learns more about the shapes.

“IF YOU SHOW IT HUNDREDS OF THOUSANDS OF SHAPES OF SOMETHING SUCH AS A CAR, IF YOU THEN SHOW IT A 2-D IMAGE OF A CAR, IT CAN RECONSTRUCT THAT MODEL IN 3-D”

Not just related to Additive Manufacturing and 3D printing, this new technology can also help on the rising demands of 3D content for technologies such as augmented and virtual reality.

On the video below, you can watch Karthik Ramani explaining how this machine learning technology “hallucinates” 3D Objects from 2d images:

Ramani explains SurfNet can “take two 2-D images and create a 3-D shape between the two, which we call ‘hallucination.’” This element of the technology has similarities to the 3D Filter launched by MyMiniFactory earlier this year. 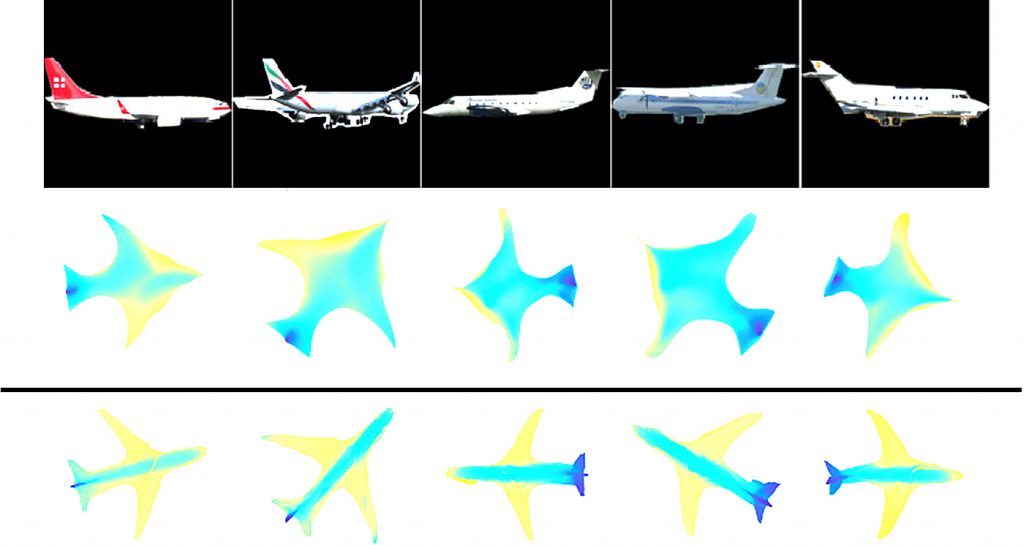 In the future the researchers will look to further develop the machine learning algorithms to refine the technology.

“PRETTY SOON WE WILL BE AT A STAGE WHERE HUMANS WILL NOT BE ABLE TO DIFFERENTIATE BETWEEN REALITY AND VIRTUAL REALITY.” – Purdue University’s Donald W. Feddersen Professor of Mechanical Engineering, Karthik Ramani

Ramani envisages that this technology will grow alongside the rise of virtual reality and hopes that the transformation process could soon become instantaneous and visualizes a future in which, “you can imagine a movie camera that is taking pictures in 2-D, but in the virtual reality world everything is appearing magically in 3-D. Inch-by-inch we are going there, and in the next five years something like this is going to happen.”.