The MA-based metal 3D printer manufacturer Desktop Metal has closed a new $160 million funding. The Series E round was led by Koch Disruptive Technologies (KDT), venture capital and private equity firm with revenues over $110 billion and helmed by Chase Koch of the famed financier dynasty. Also contributing to the round were GV (formerly Google Ventures), Panasonic, and Techtronic Industries, as well as previous venture capital investors in the company, including Lux Capital, New Enterprise Associates (NEA) and Kleiner Perkins.

Ric Fulop, co-founder and CEO explained that,“This new funding will fuel the continued development of our metal 3D printing technology and rich product roadmap, the scaling of operations to meet a growing demand of orders, and the financing of major new research and development initiatives. Combined, this will set us on a trajectory to become a global leader in metal 3D printing, a key pillar of Industry 4.0.” 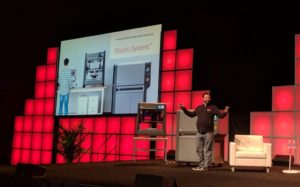 Volume shipping of the Desktop Studio system is now underway, and available in 48 countries through a network of over 85 partners and resellers. Shipping of the Production system is scheduled for Q1 2019. 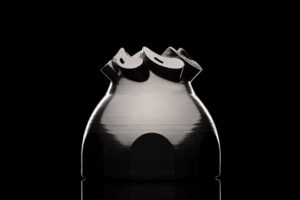 A Desktop Metal spokesperson would not be drawn on whether this “rich product roadmap” includes expanding the current range of 3D printing technologies beyond the Studio and Production systems. However, when coupled with statements about “major” R&D activity and close connections with MIT, it seems reasonable to expect exciting developments are in the pipeline.

One such project may see the commercialization of research into 3D printing of amorphous metals such as bulk metallic glasses (BMGs).

The company has not disclosed how the latest funding round changes the total valuation of the enterprise.

Desktop Metal said in the news “marks an inflection point where metal 3D printing begins to disrupt traditional manufacturing.” Certainly, the growing use of metal AM is supported by views from those including the DMG Mori president who expects the 2020’s to be the decade of additive manufacturing.

Fulop has chalked up a strong track record in his 15+ years as an entrepreneur. As a General Partner at North Bridge he led a number of Series A rounds, including those of 3D printing related ventures Onshape and MarkForged. He also was an early mover in the energy storage sector – specifically lithium ion batteries.

In addition to strong connections with finance world, Fulop also has the ear of industrial leaders. This week the Desktop Metal CEO was on several panels at the World Economic Forum in Davos, Switzerland.

The latest round continues the trend of including strategic industrial partners and customers. Ford participated in an earlier $65 Million round, adding weight to Desktop Metal’s earlier identification of the opportunity for additive in the automotive sector.

The latest round also brings with it another end-user of Desktop Metal technology. In this case John Zink, a company serving the chemical processing, oil, and gas, manufacturing, power generation, energy transmission, and waste management markets and also part of the Koch Industries family of companies.

In addition to substantial sums of money, Desktop Metal has also received a number of prestigious accolades – not least the 2017 3D Printing Industry Start-up of the Year.