The AMUG announced Professor Gideon Levy of Technology Turn Around (TTA) as the recipient of its esteemed Innovators Award. The award is bestowed on those that have cultivated innovative ideas that in turn have advanced the 3D printing industry. 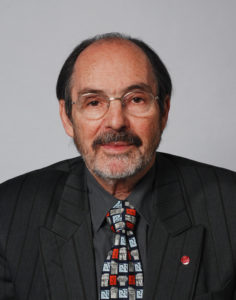 The Innovators Award will be presented at the 2019 AMUG Conference, following Professor Levy’s onstage appearance during the conference’s Innovators Showcase. Previous recipients include technology creators Chuck Hull, Scott Crump, and Carl Deckard—inventors of Stereolithography, Fused Deposition Modeling, and Selective Laser Sintering, respectively—and Fried Vancraen, founder of Materialize. The AMUG president Paul Bates said, “Gideon Levy embodies the very spirit of the Innovators Award. Over two decades, his research has advanced AM technologies and materials. In his many years of attending the AMUG Conference, he shares his insights to help others. And yet, he remains somewhat anonymous—working to advance the technology without concern for recognition.”

Professor Gideon Levy has specialized in additive manufacturing technologies and lived a life for manufacturing. Devoted to advanced R&D in mechanical systems, electronics, and manufacturing, Levy has made significant contributions as both an educator and researcher. Those contributions have earned him many accolades, including being named a Fellow of CIRP (The International Academy for Production Engineering). Presently, Professor Levy is a consultant with Technology Turn Around (TTA), which focuses on additive manufacturing, electro-physical and chemical processes.

His early work included the development of Selective Laser Sintering (SLS) materials, including PA 12, which continues to be the most widely used. He has also contributed to technology advancements that span numerous 3D printing processes and was an early participant in metal additive manufacturing technologies, starting with beta testing of Concept Laser’s first Metal Laser Melting machine. Professor Levy holds more than 35 patents and has been published in more than 250 scientific/technical publications. For his work in advanced manufacturing and additive manufacturing, he has received numerous awards, and it includes:

On April 3, 2019, Professor Levy will take the stage for a casual, relaxed interview during the AMUG Conference. In the Innovators Showcase, he will respond to questions asked by the host and conference attendees with the intent of getting to know the man behind the innovations and gaining guidance from his experiences. Paul Bates noted that the Innovators Showcase is unique in that it is structured to be an intimate conversation between two friends that just happens to be witnessed by over 2,000 AMUG Conference attendees.

Source: The article was gently conceded by AMUG and re-edited by João Andrade on Dec19, 2018;